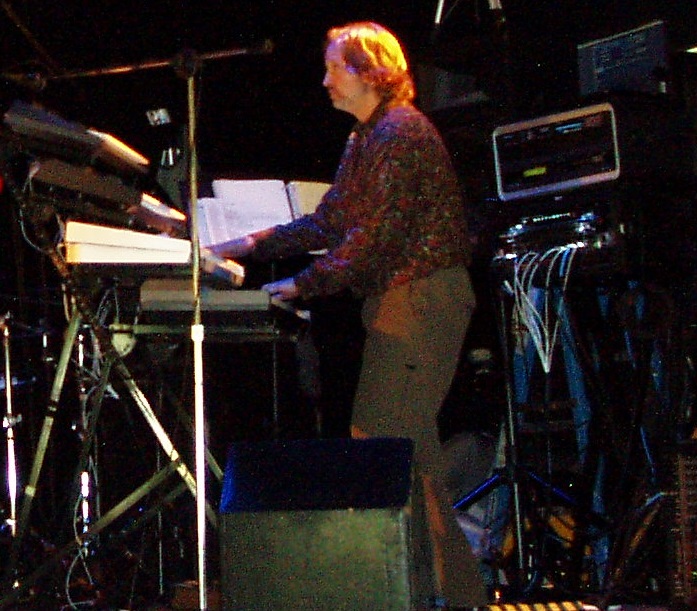 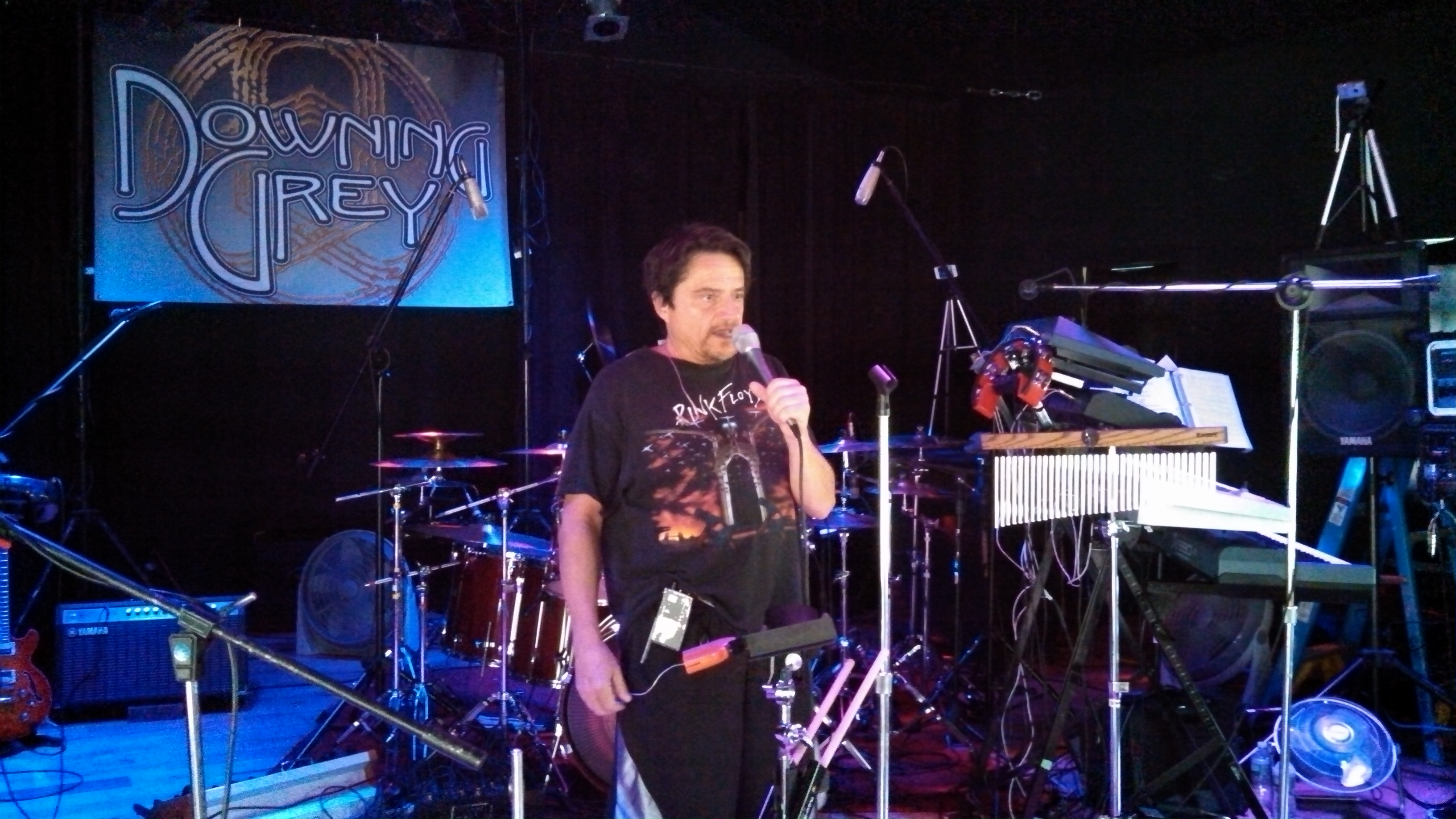 Coz works on getting vocals right in his ears. 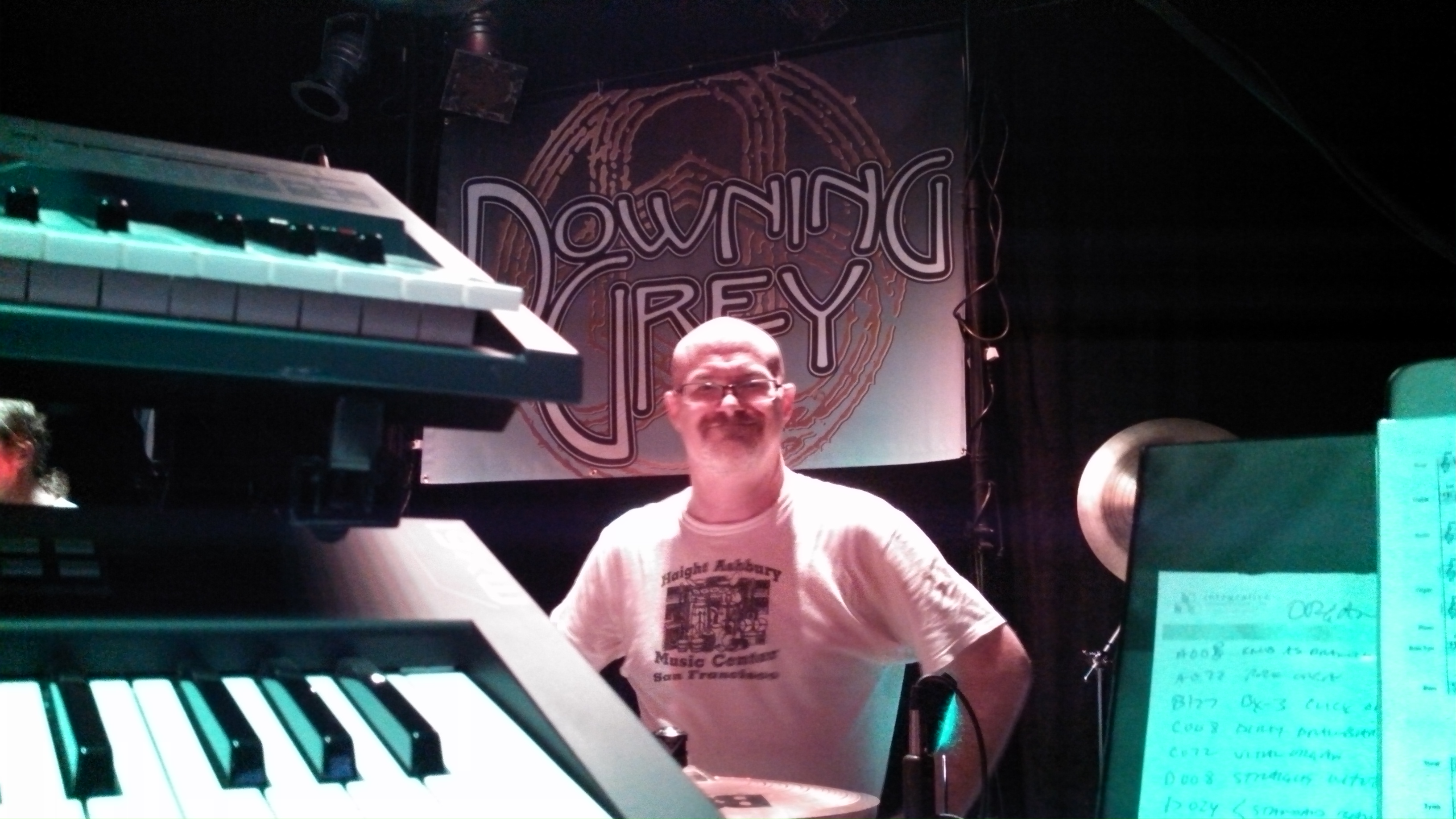 View of Darin and the banner from Andrew’s “keyboard cockpit”. 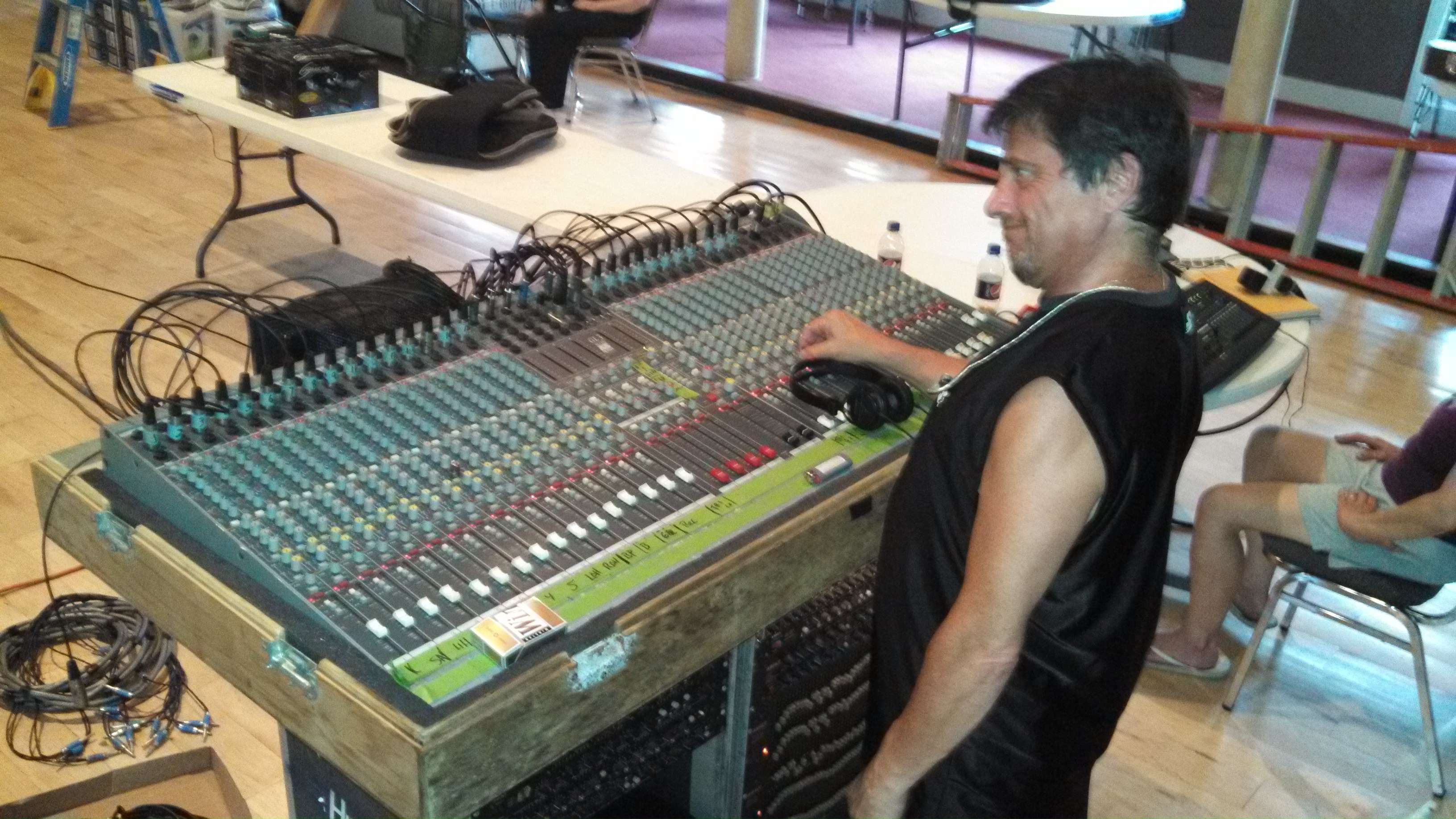 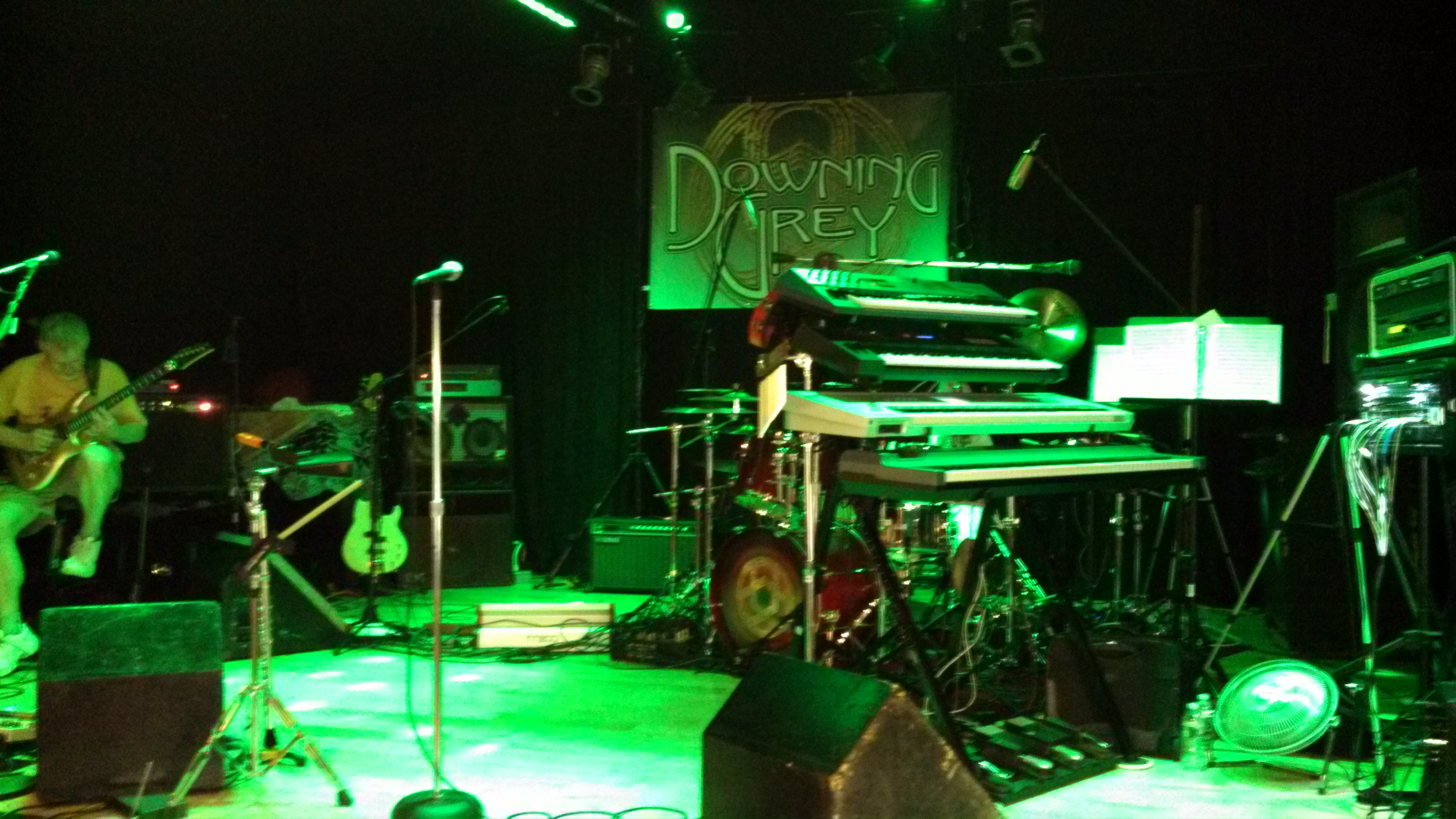 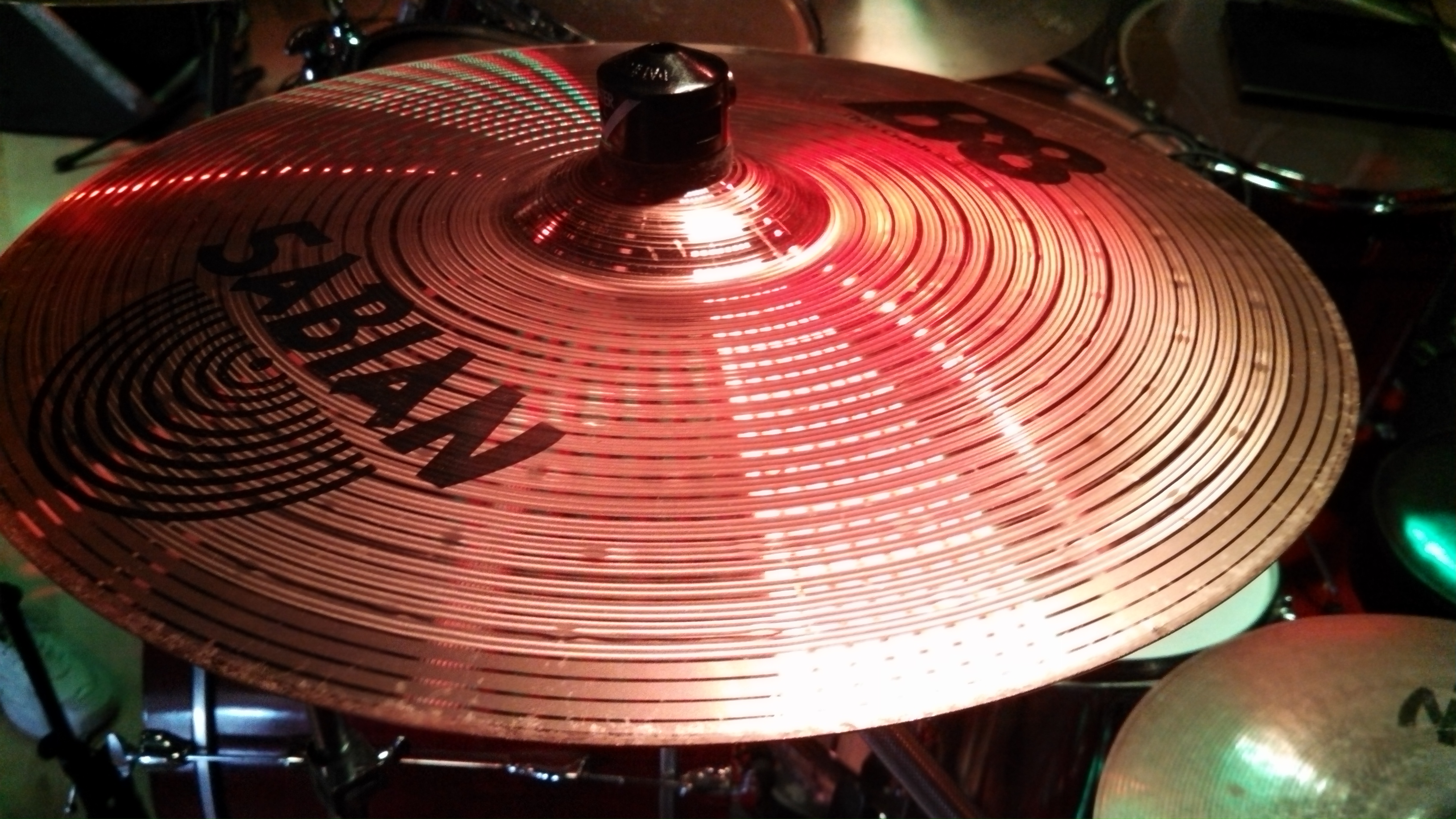 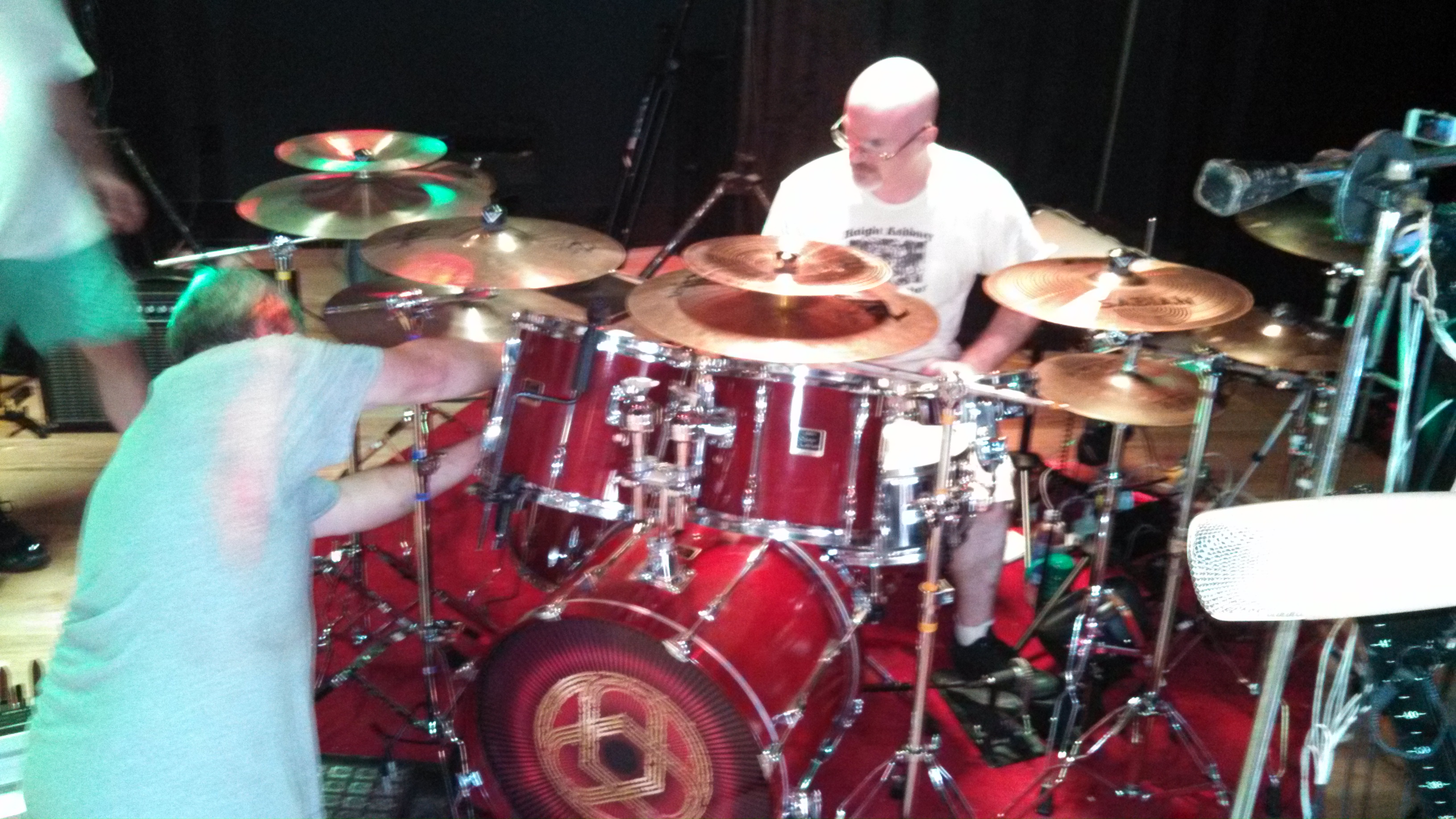 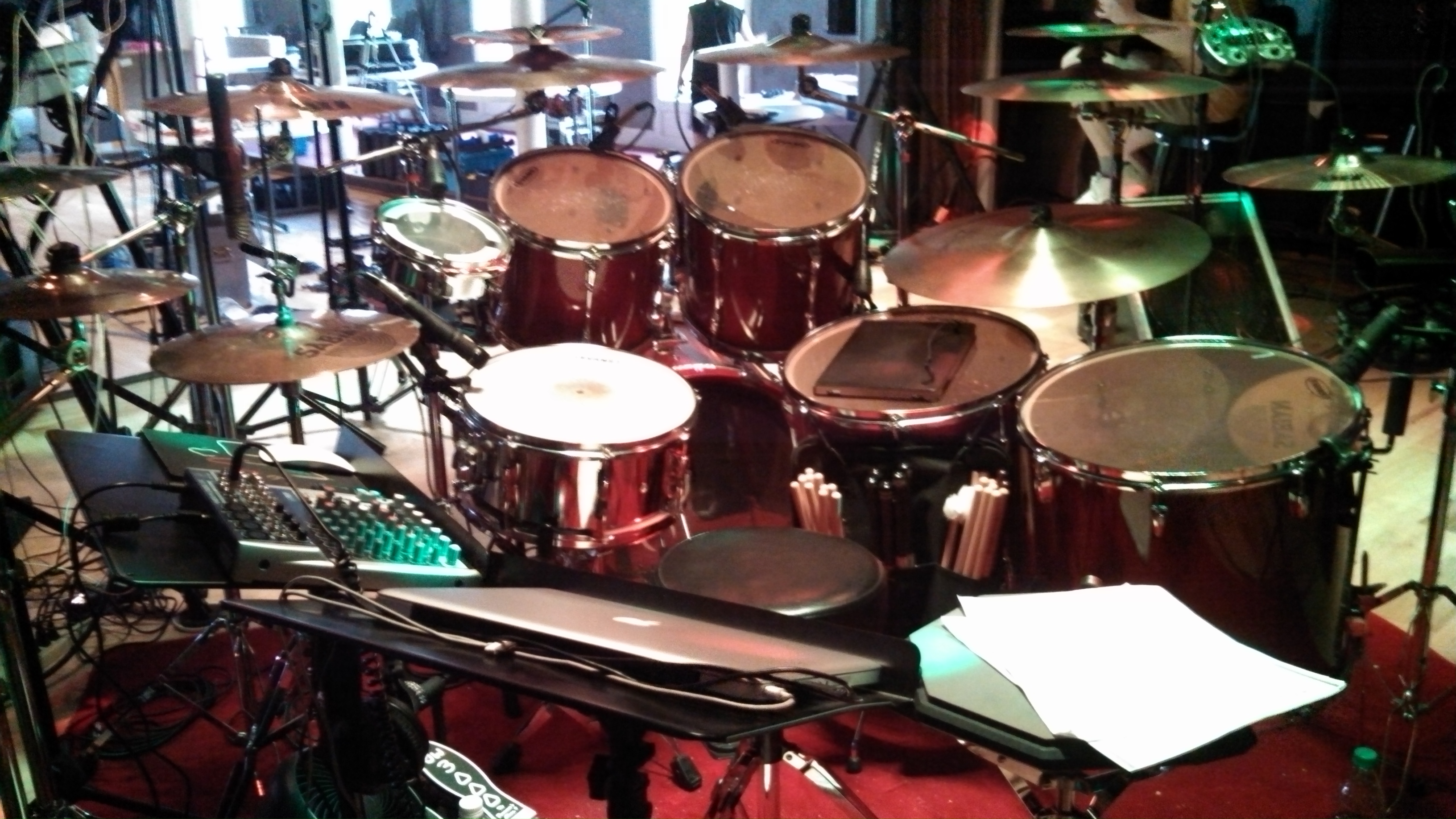 Darin’s drum set. Just wait until he gets the CAGE!!! 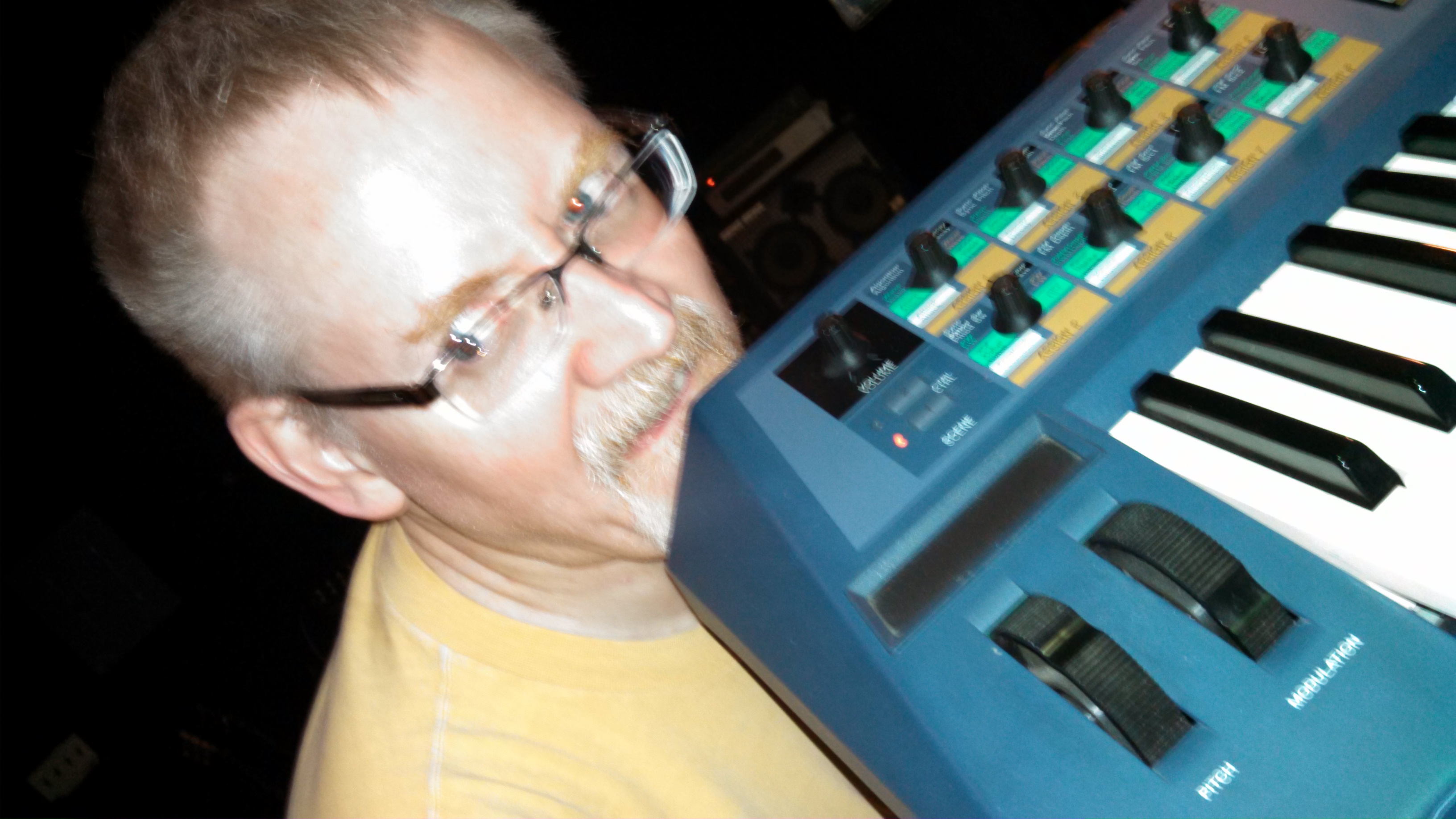 Bill is so hungry he starts gnawing on Andrew’s keyboard. 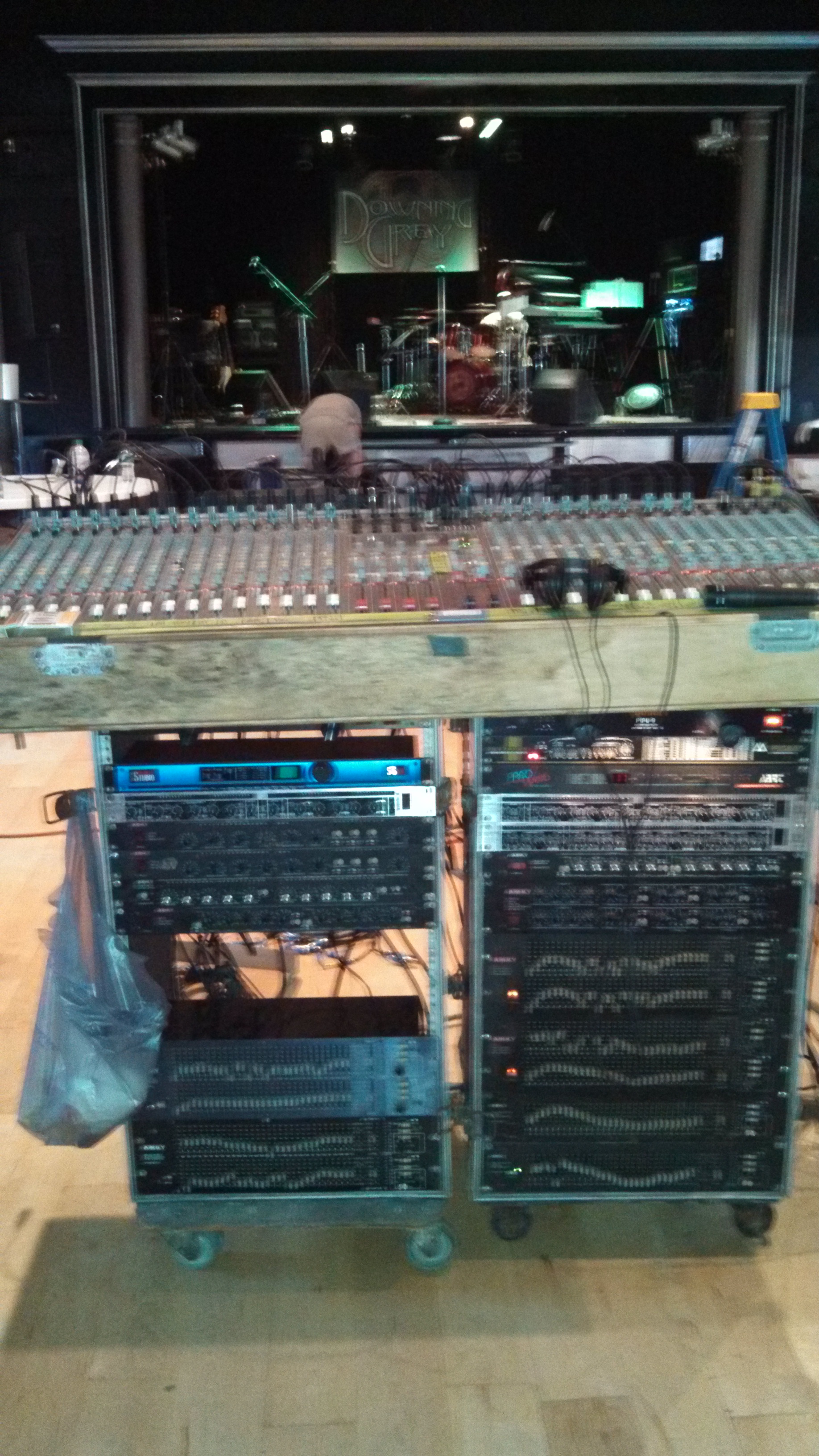 This is Bob’s small rig. He couldn’t bring any less. 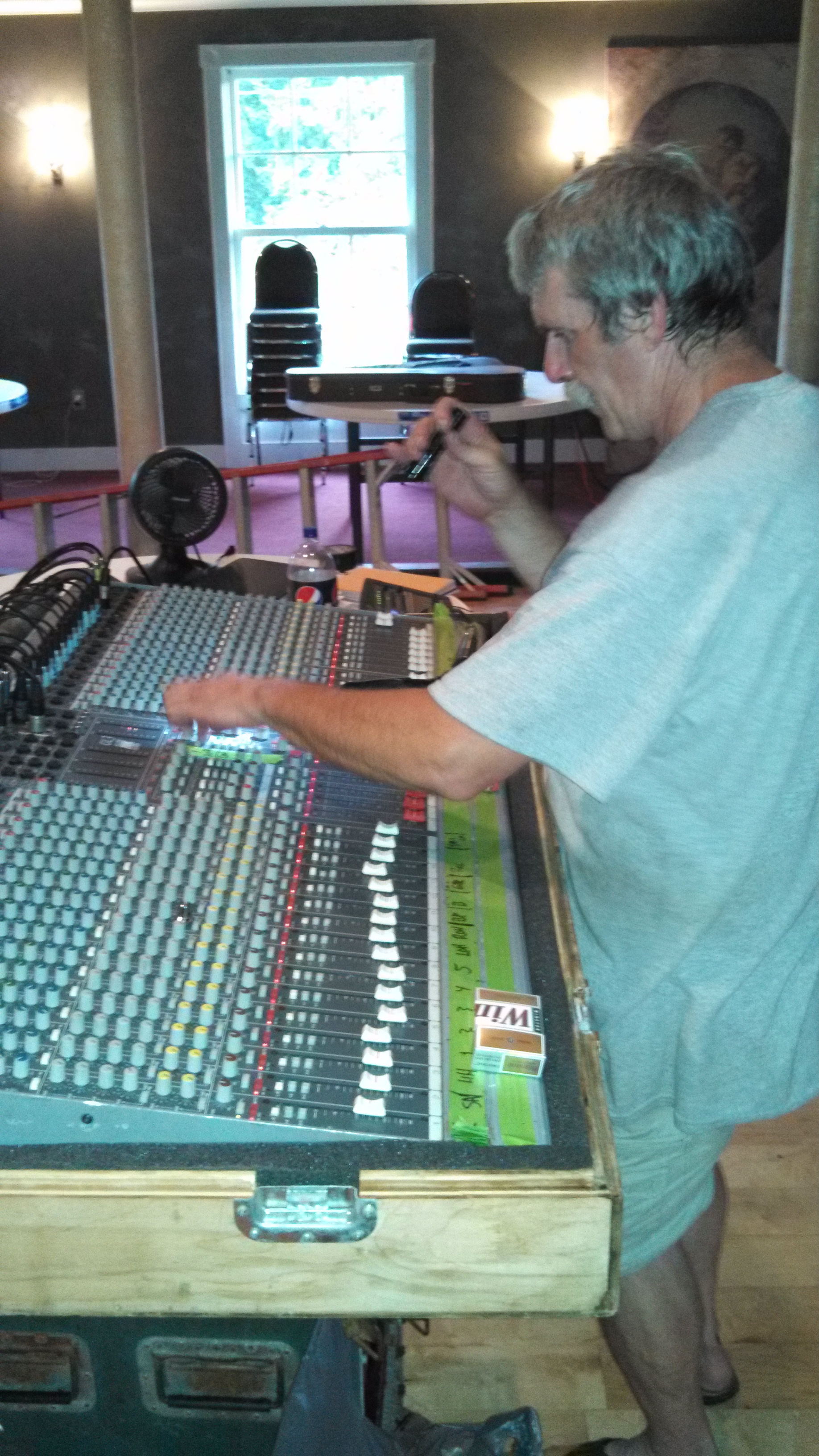 Engineer Bob Larkin at the board. This is his SMALL rig from Hurricane Sound. 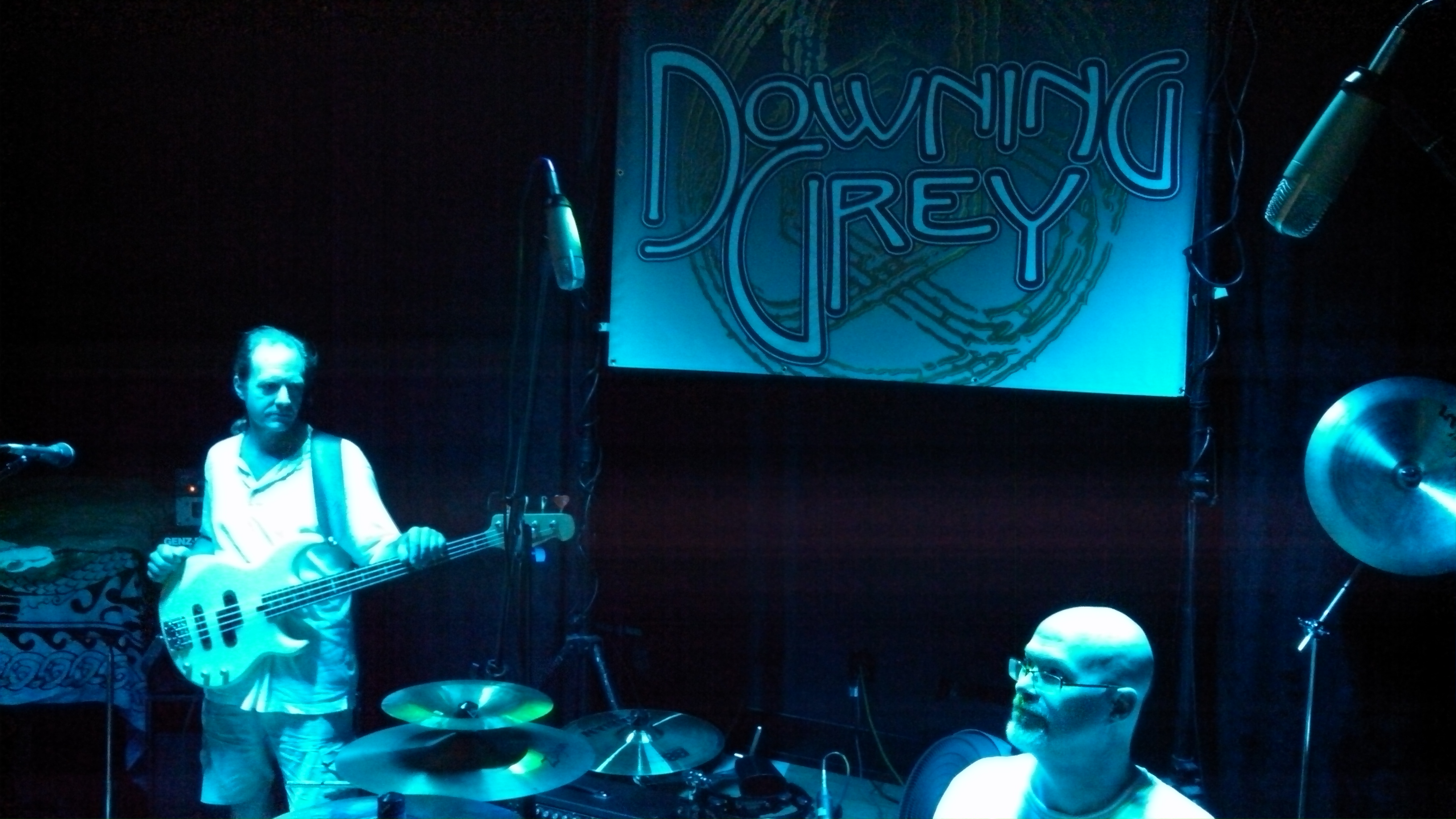 Our own version of Blue Man Group. 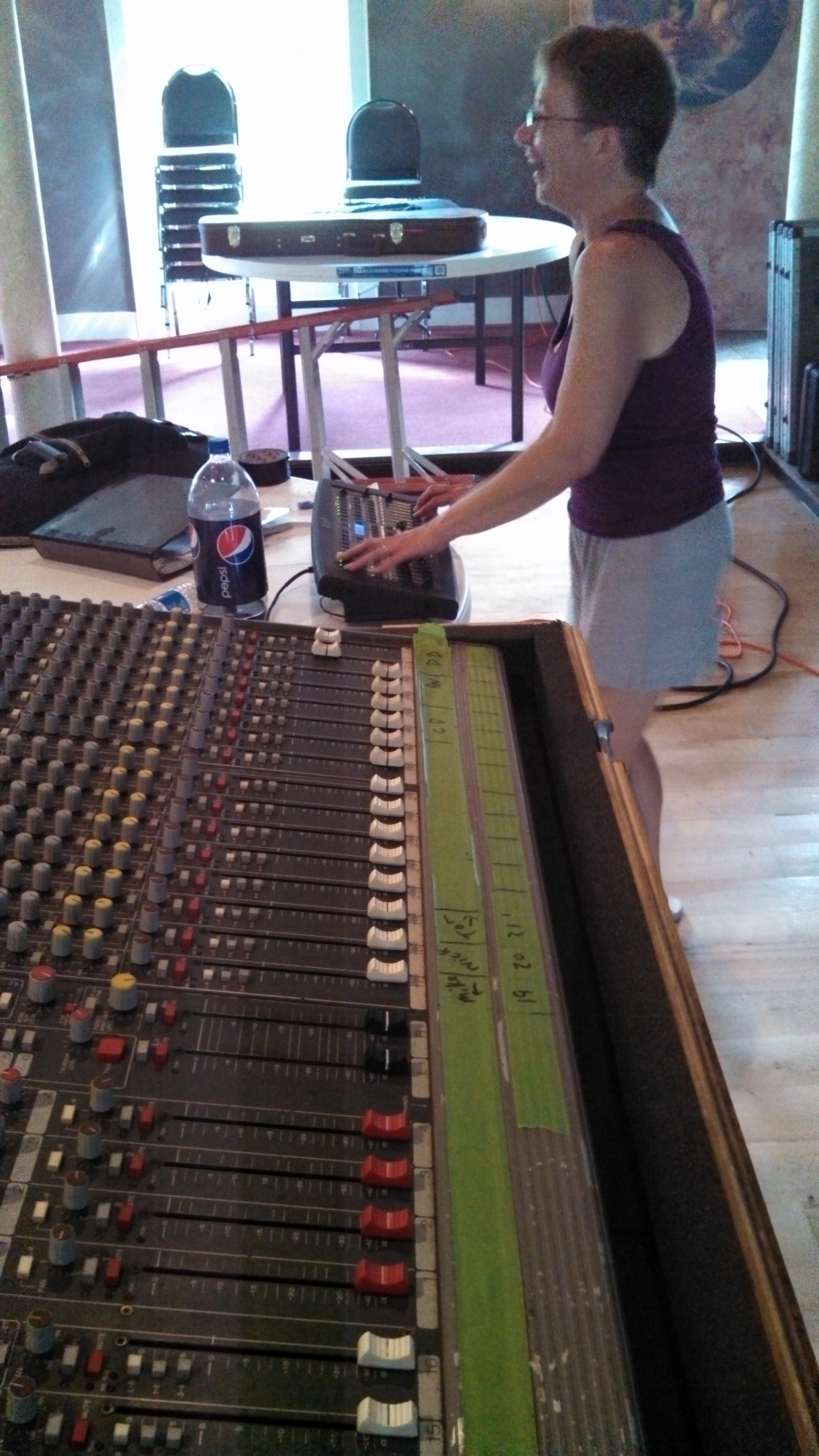 Lorie having a great time running the light show! 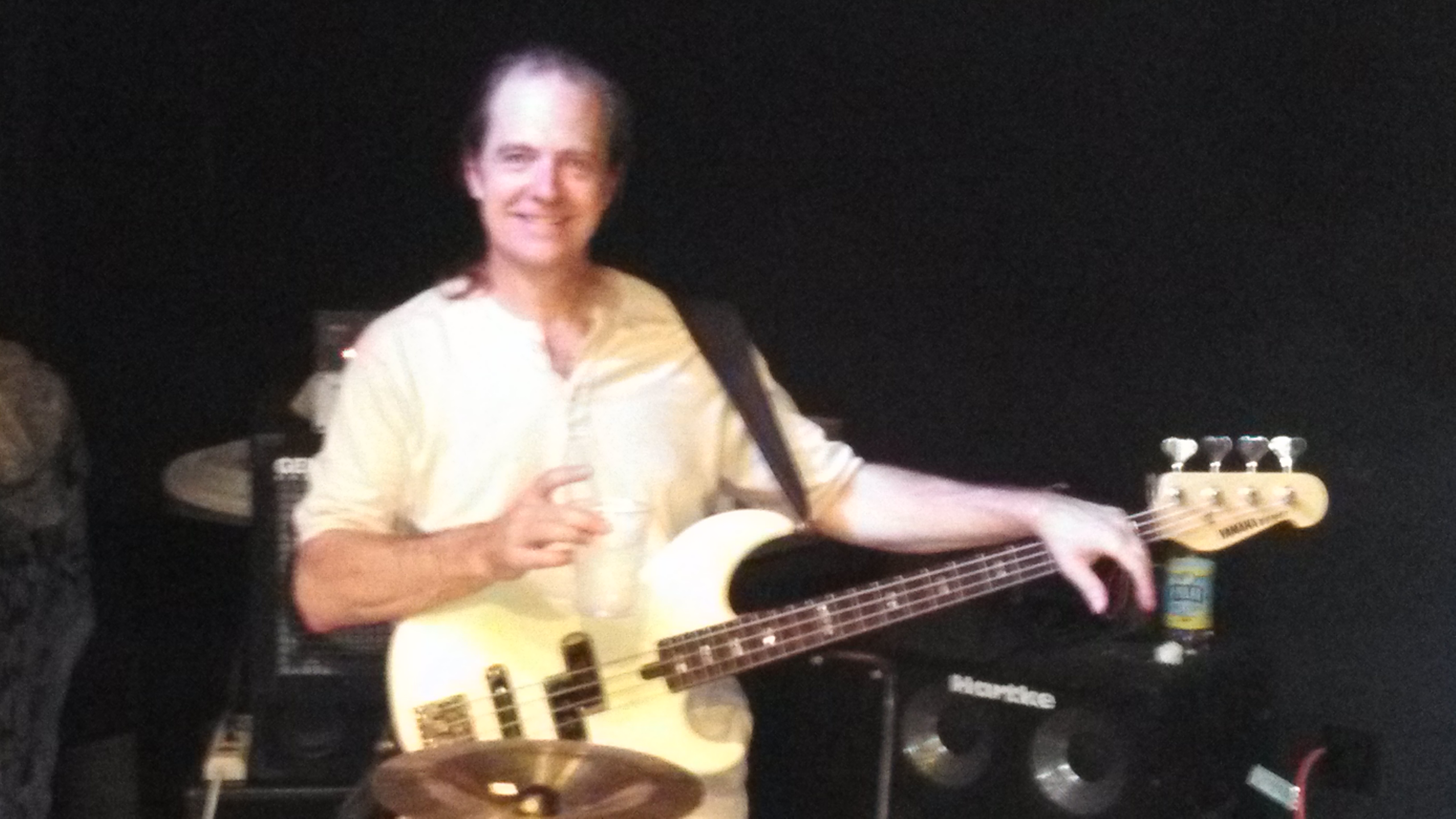 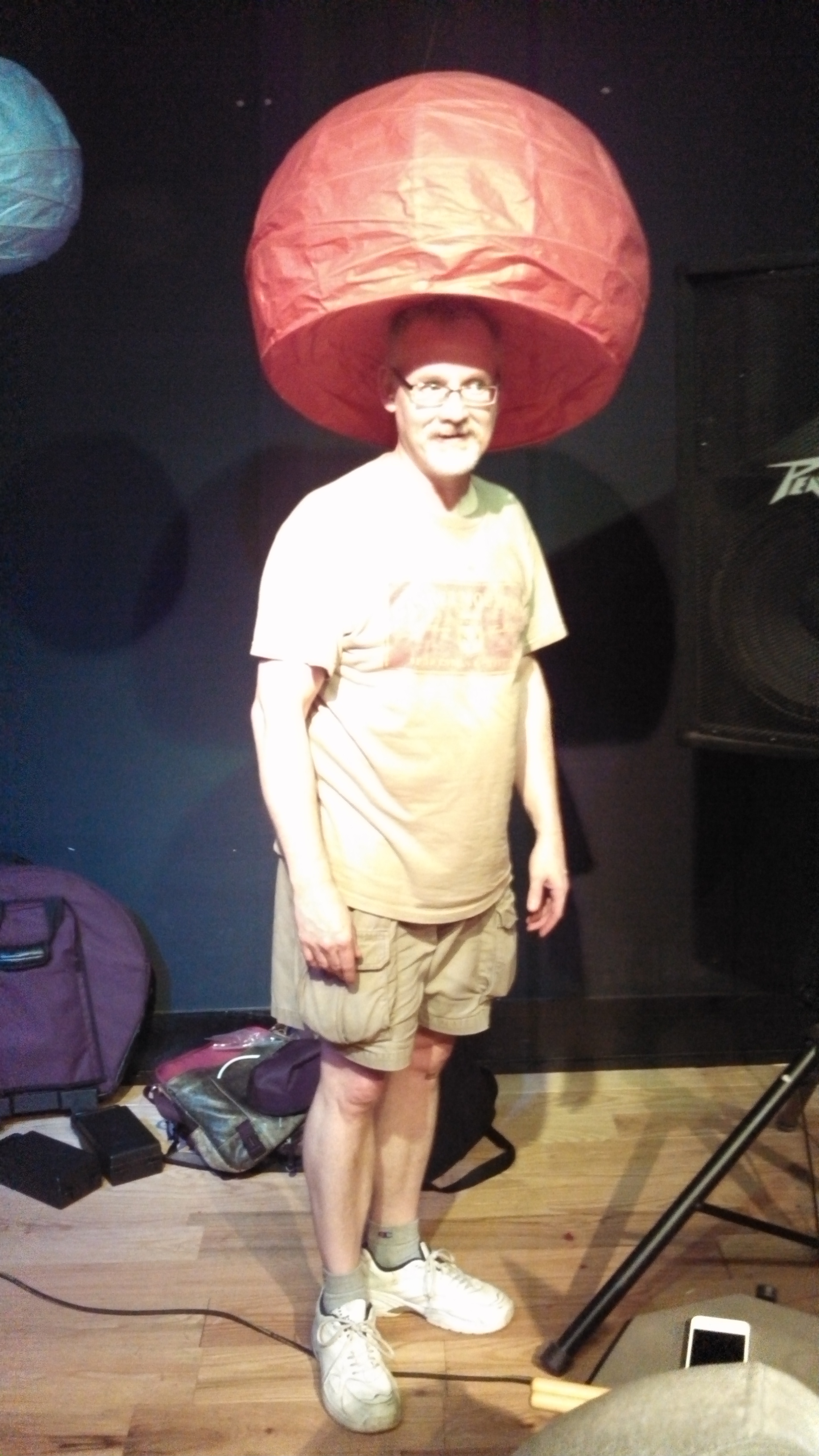 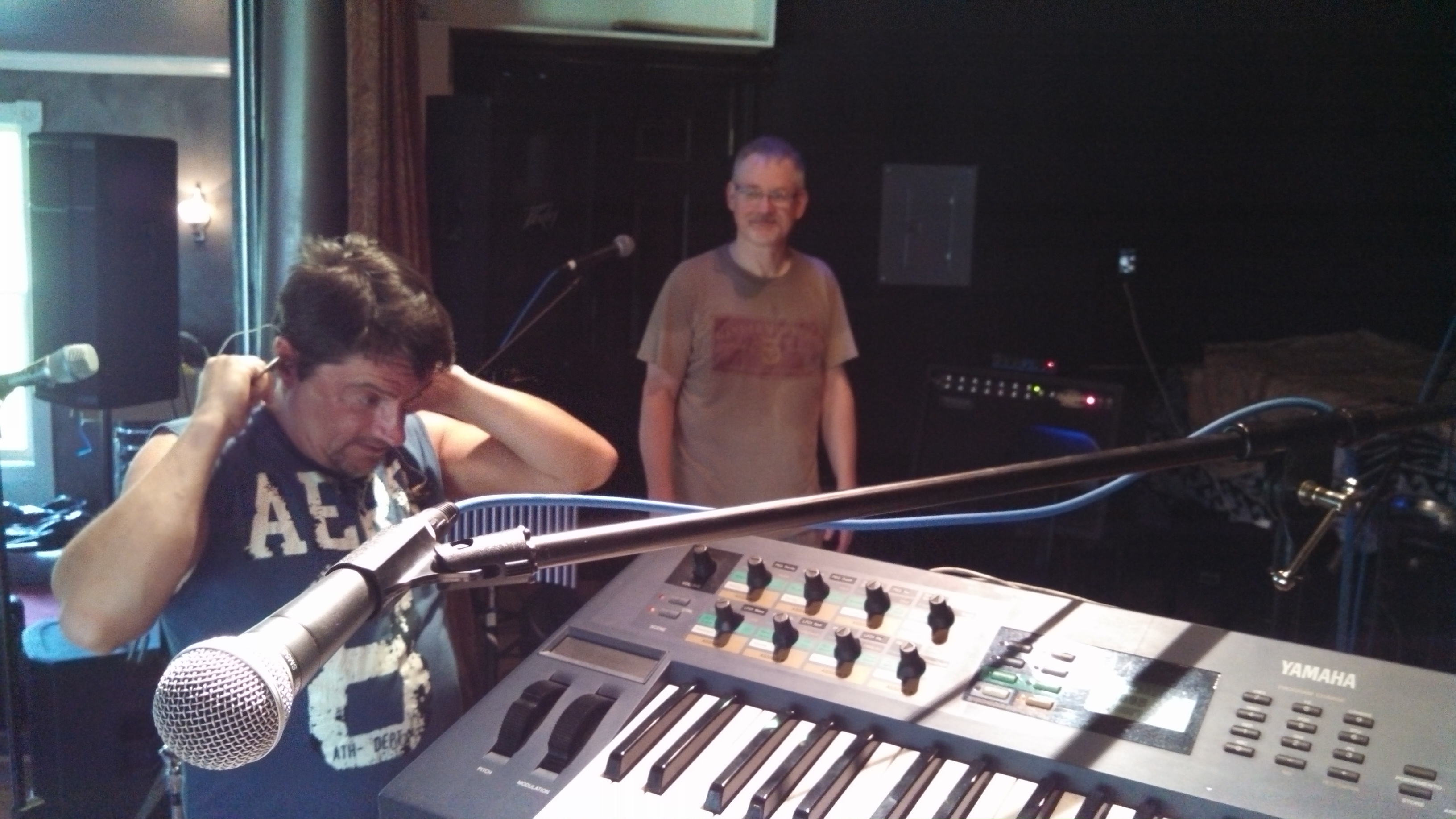 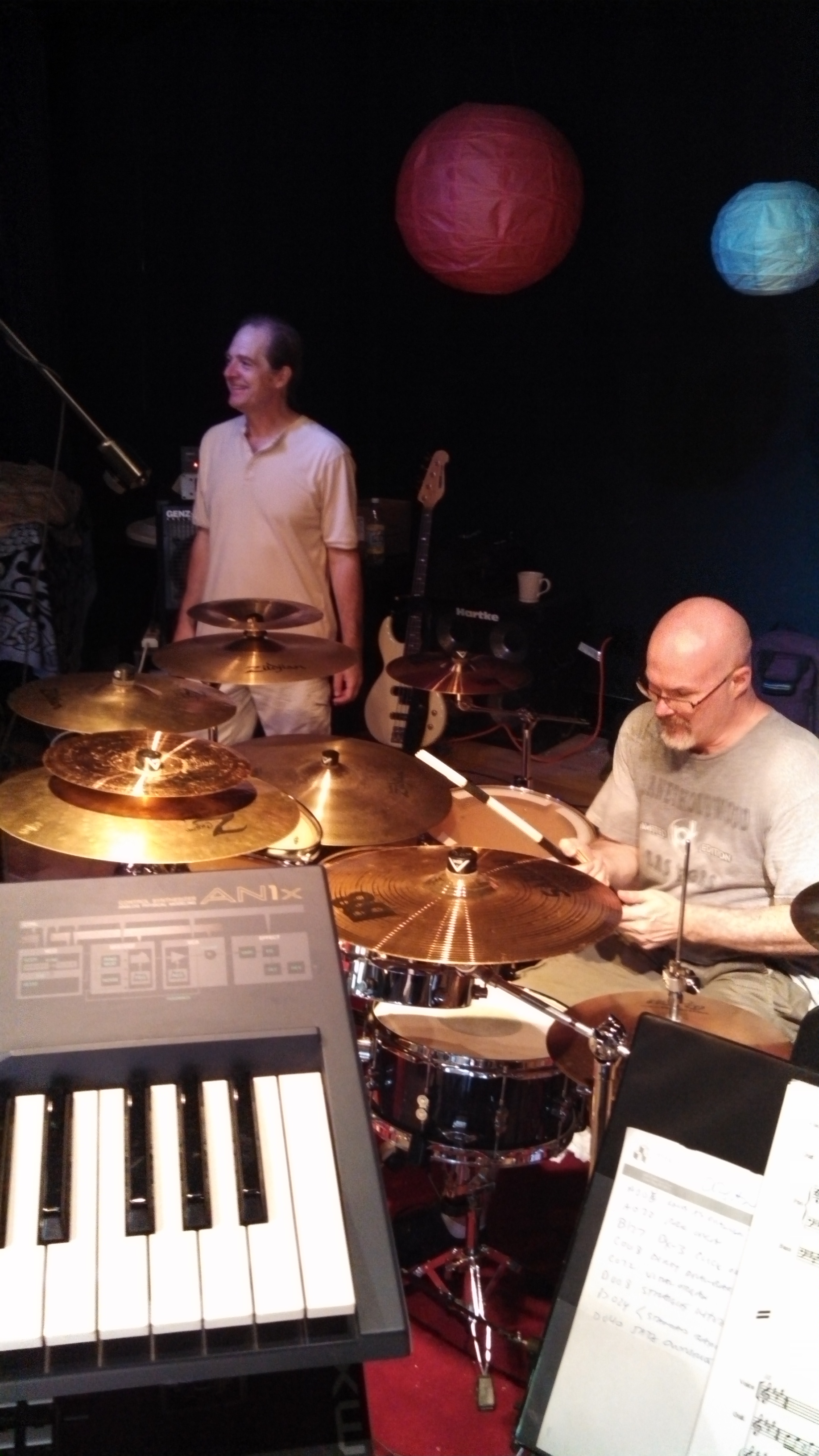 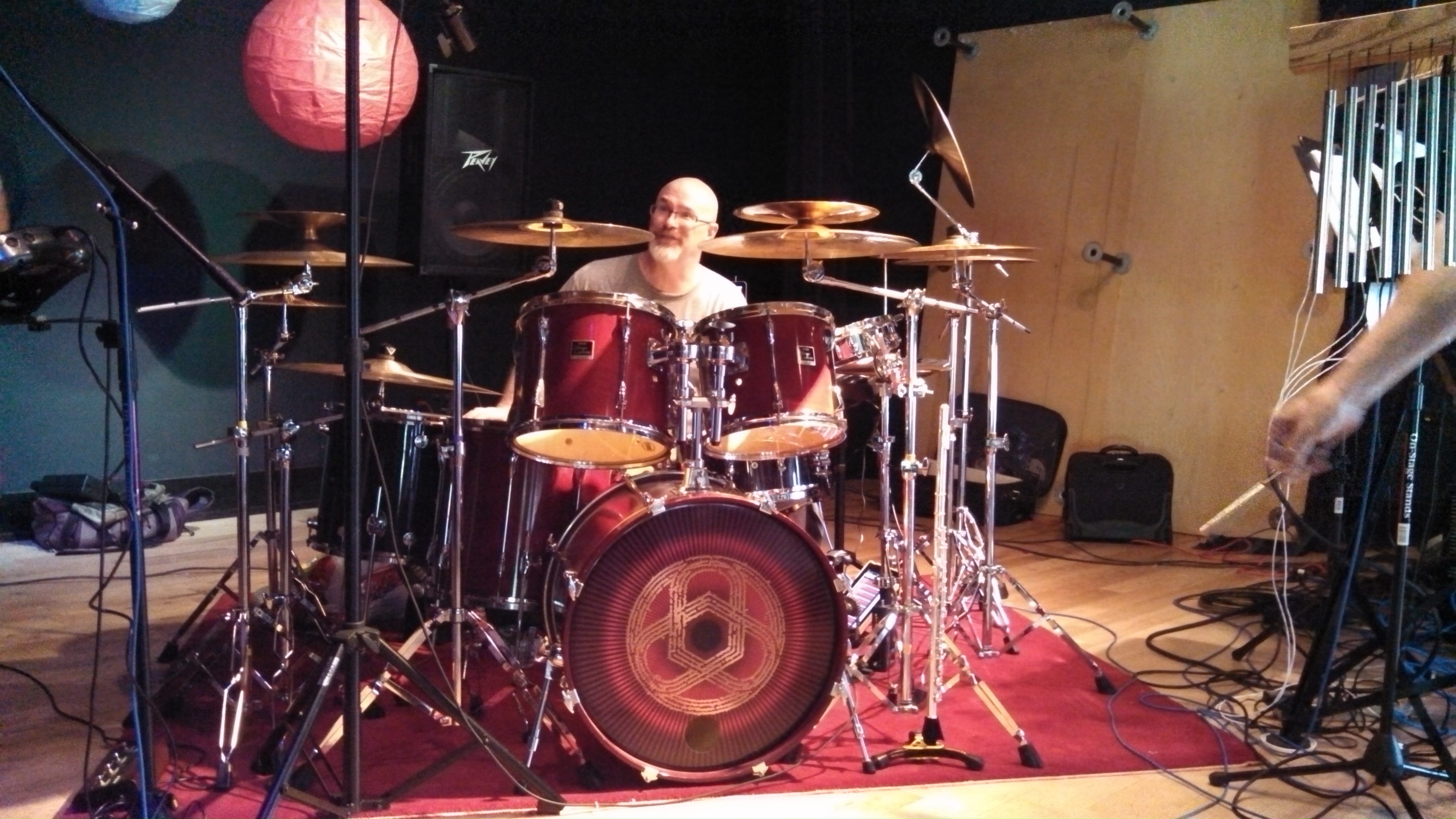 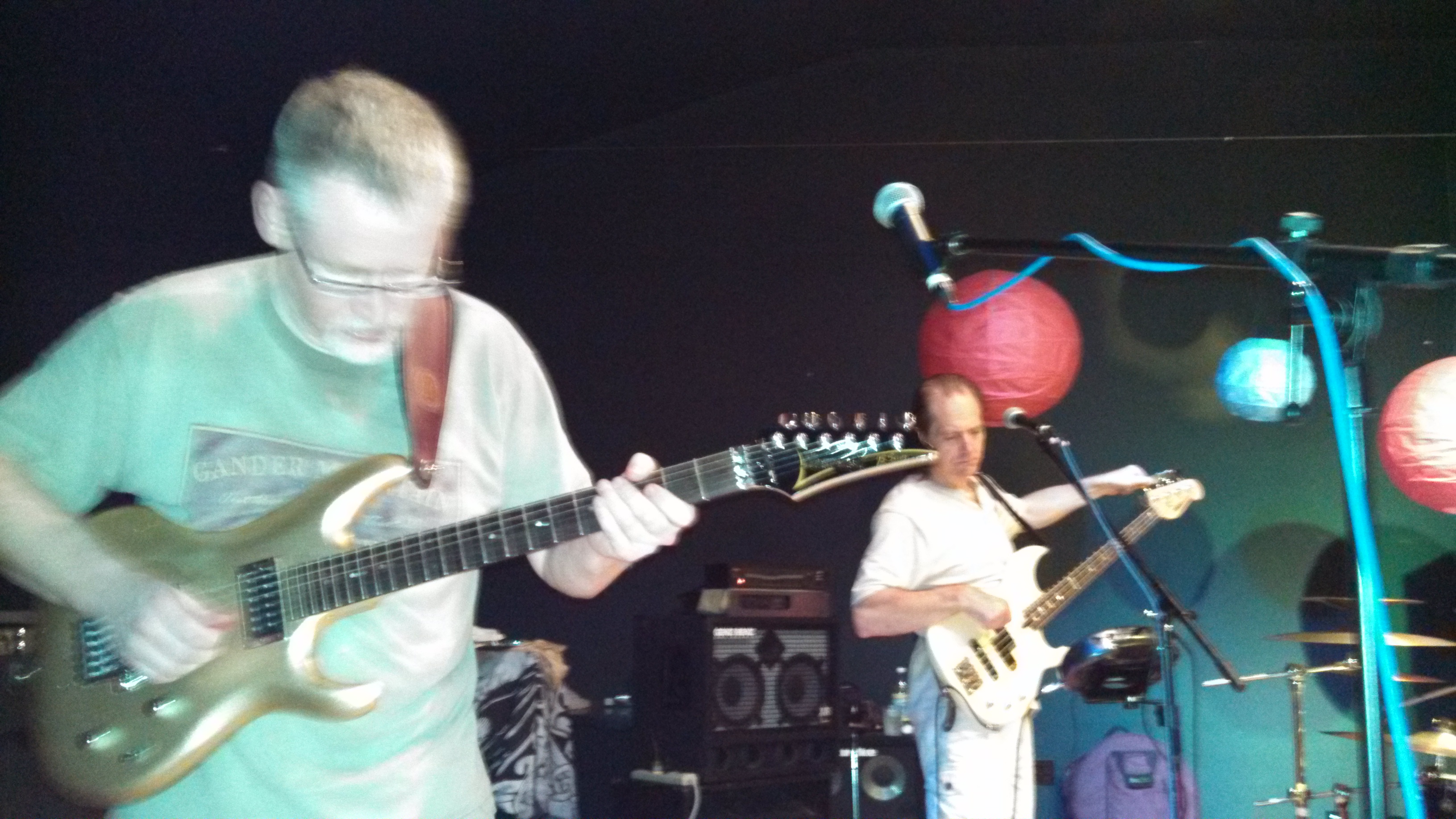 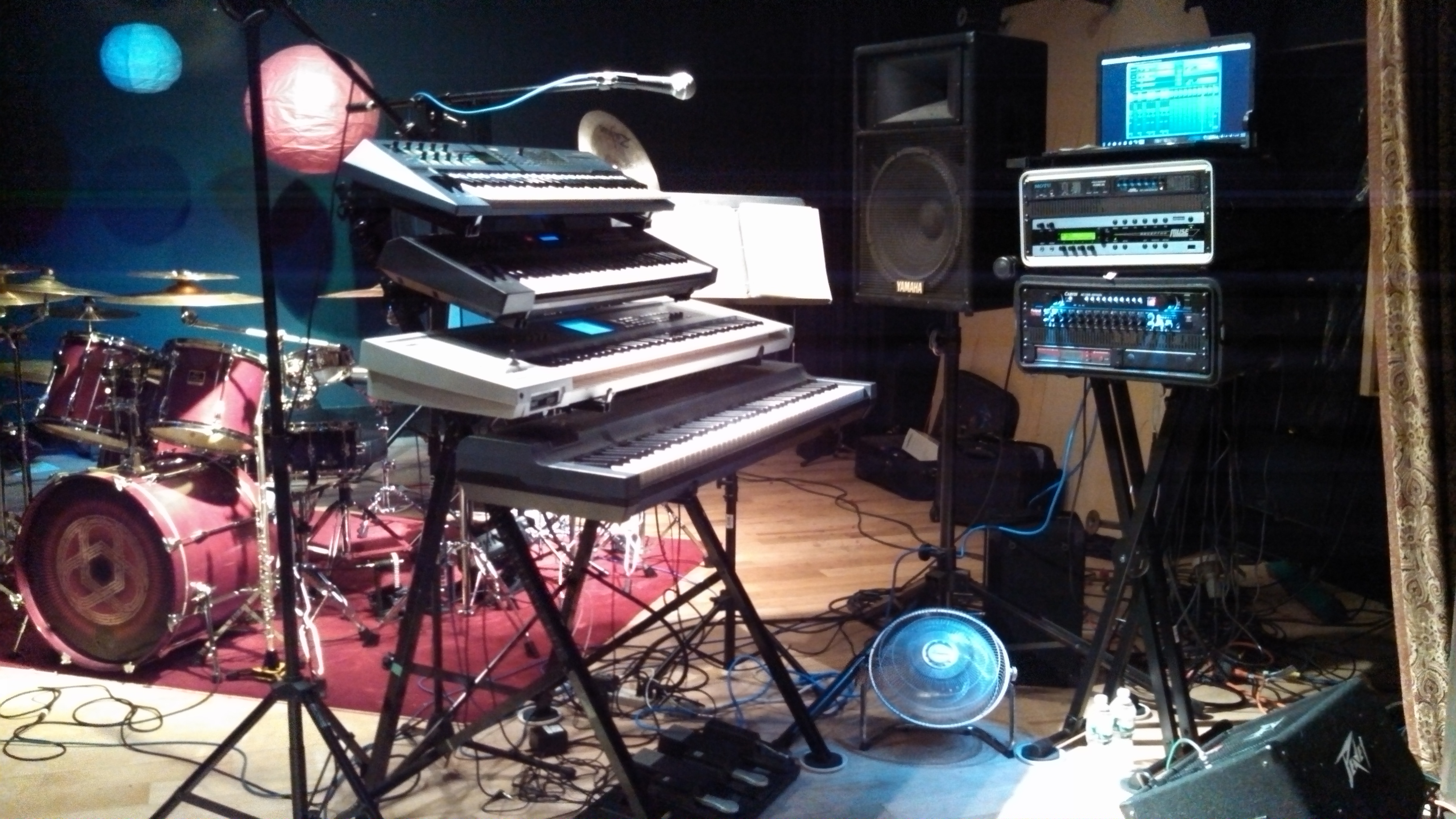 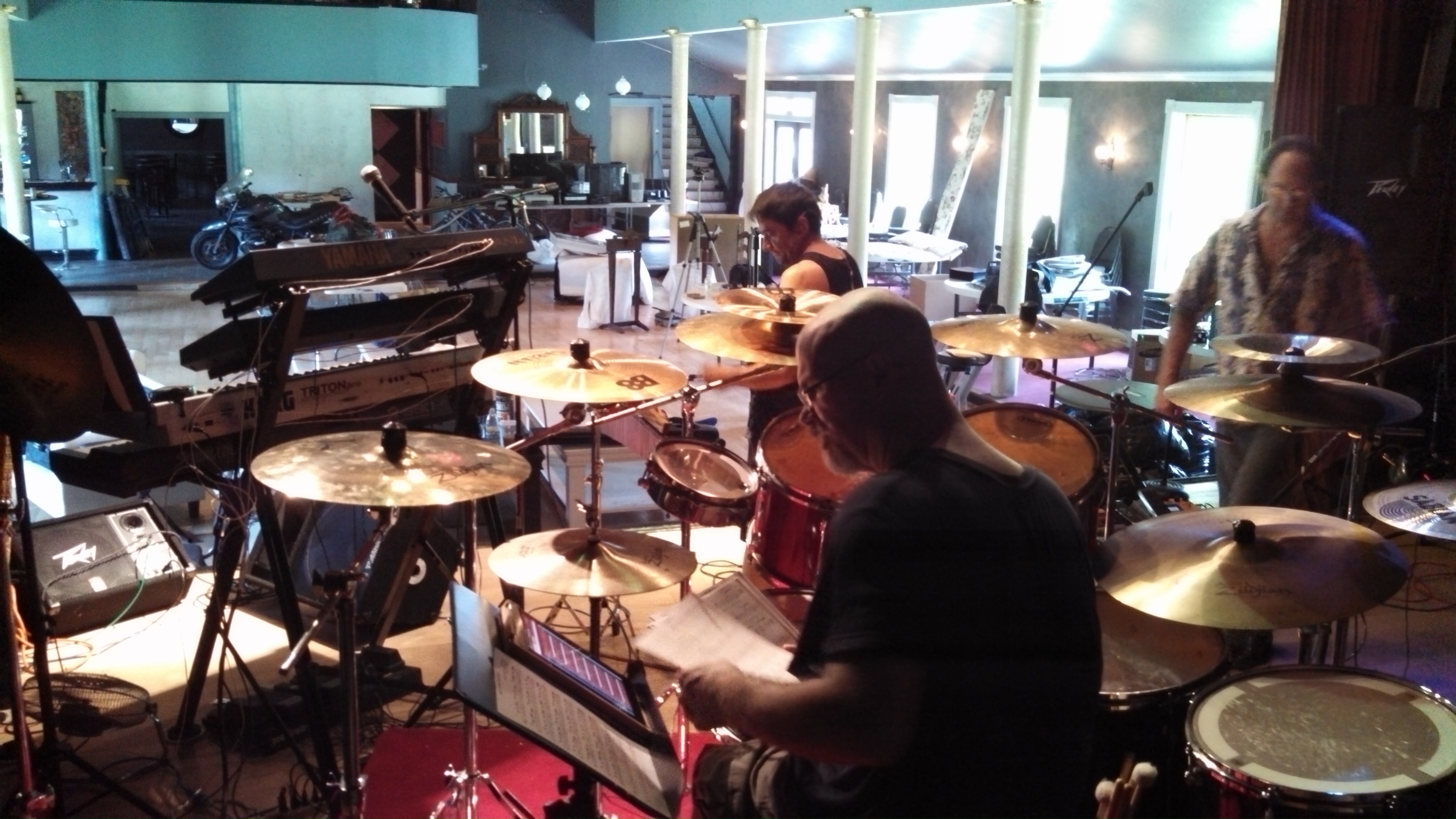 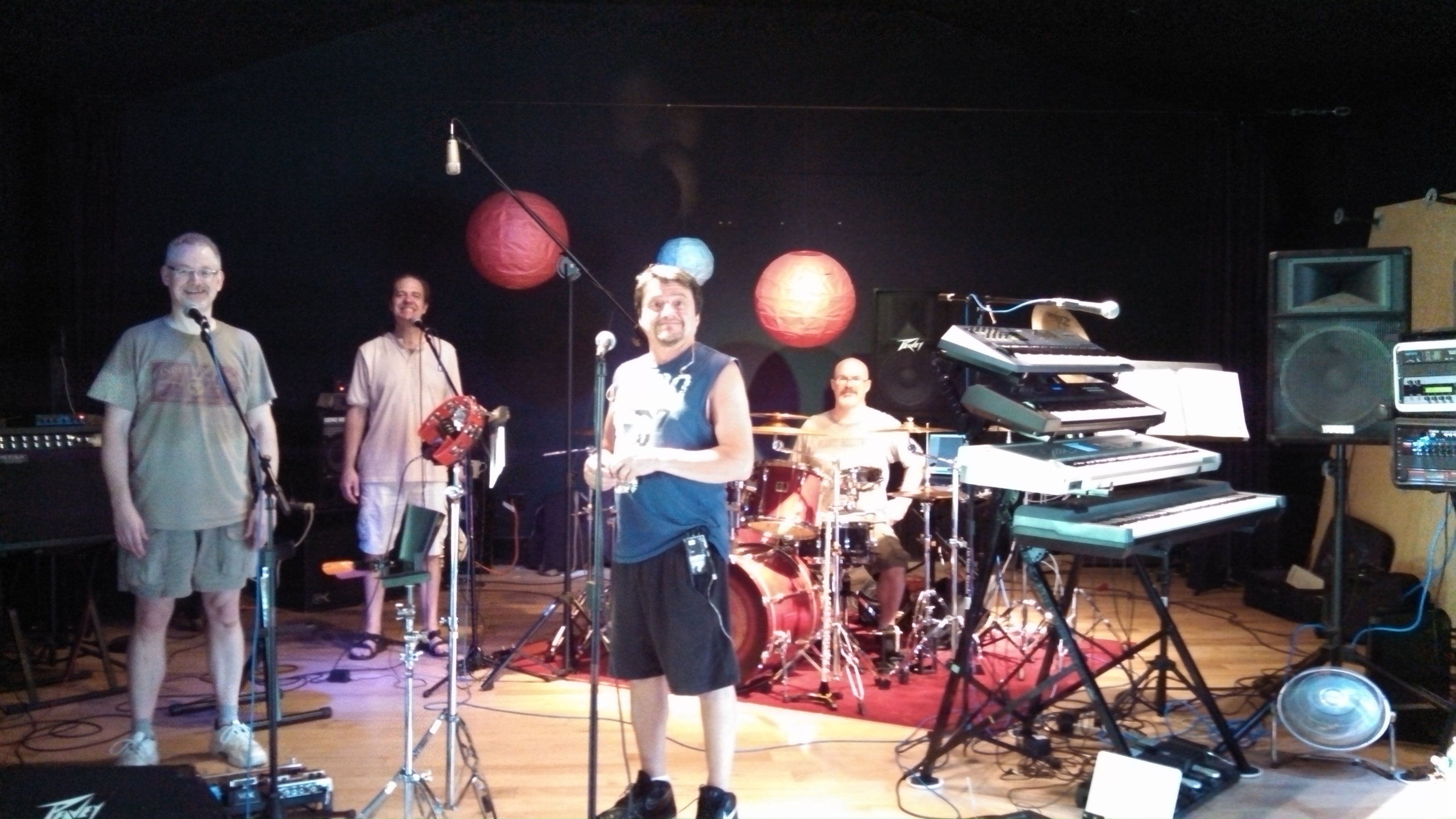 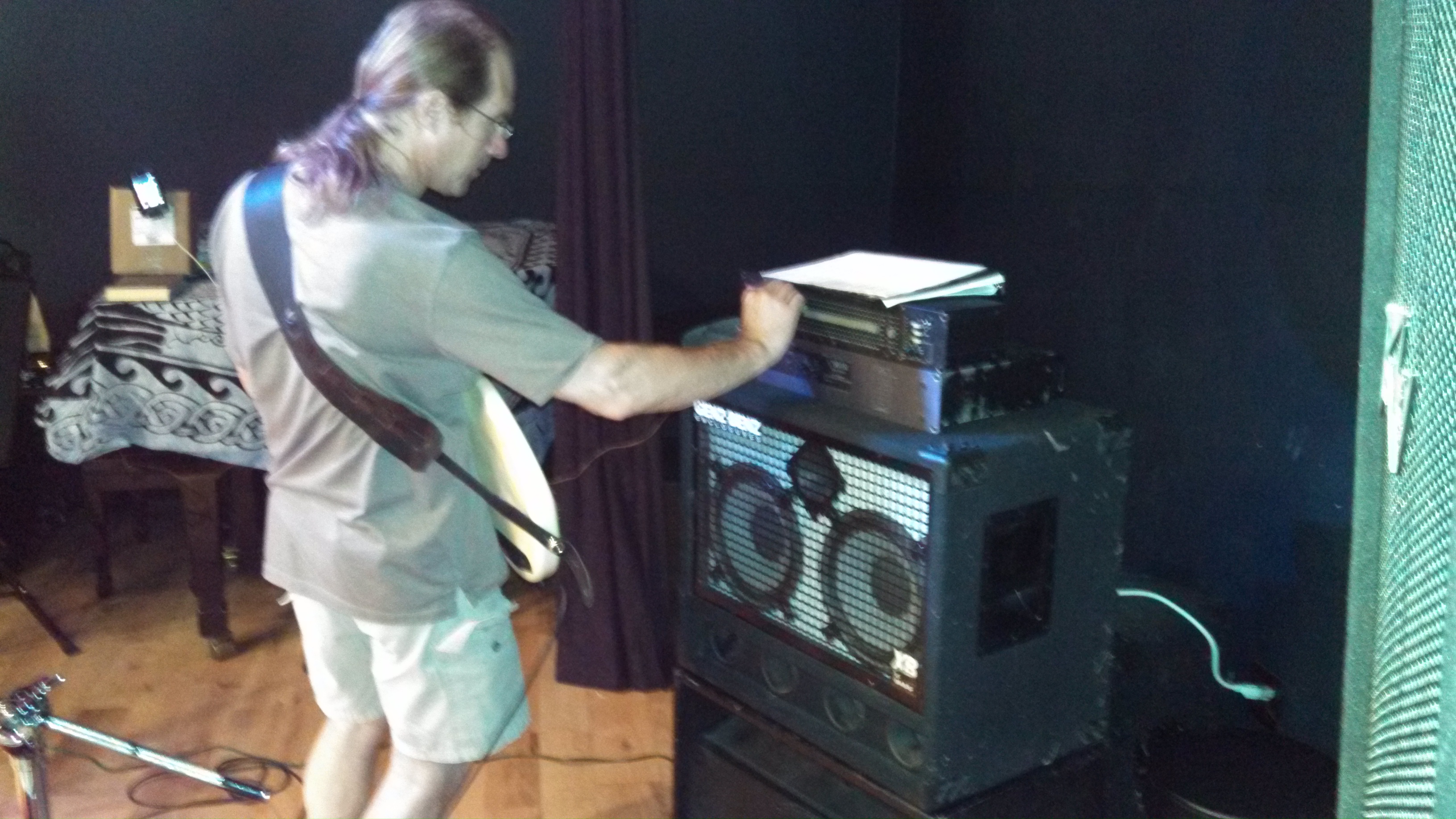 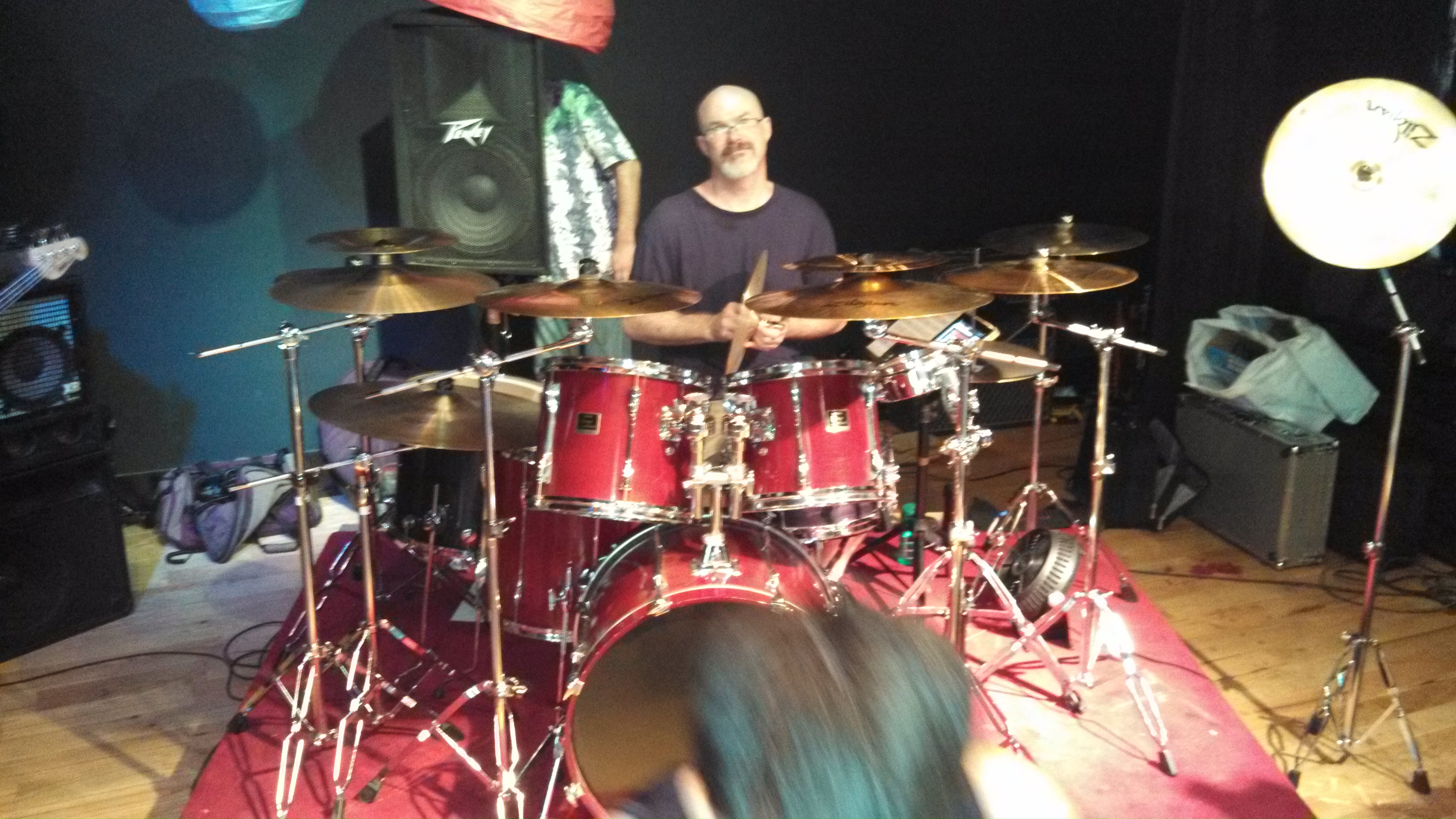 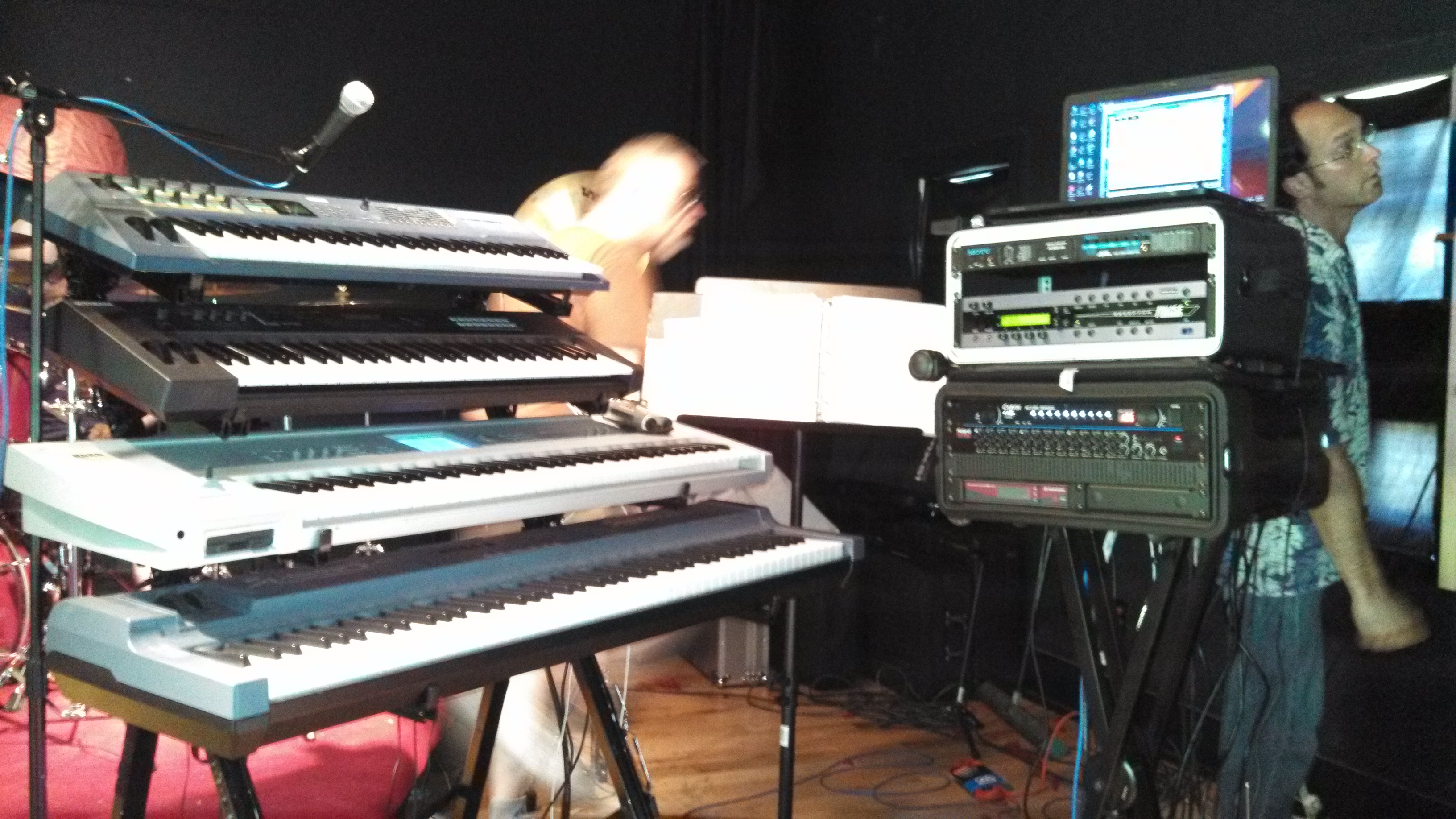 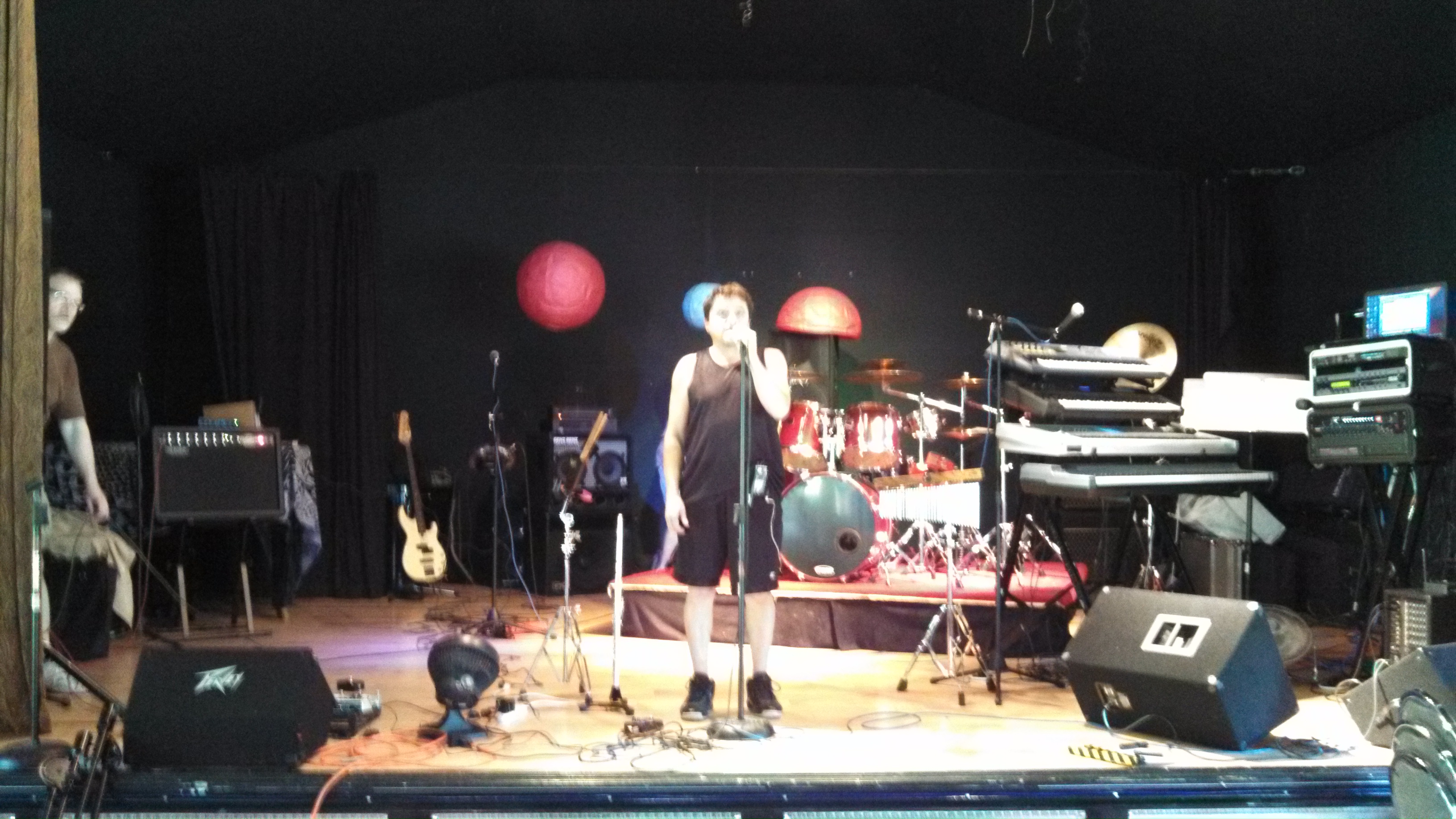 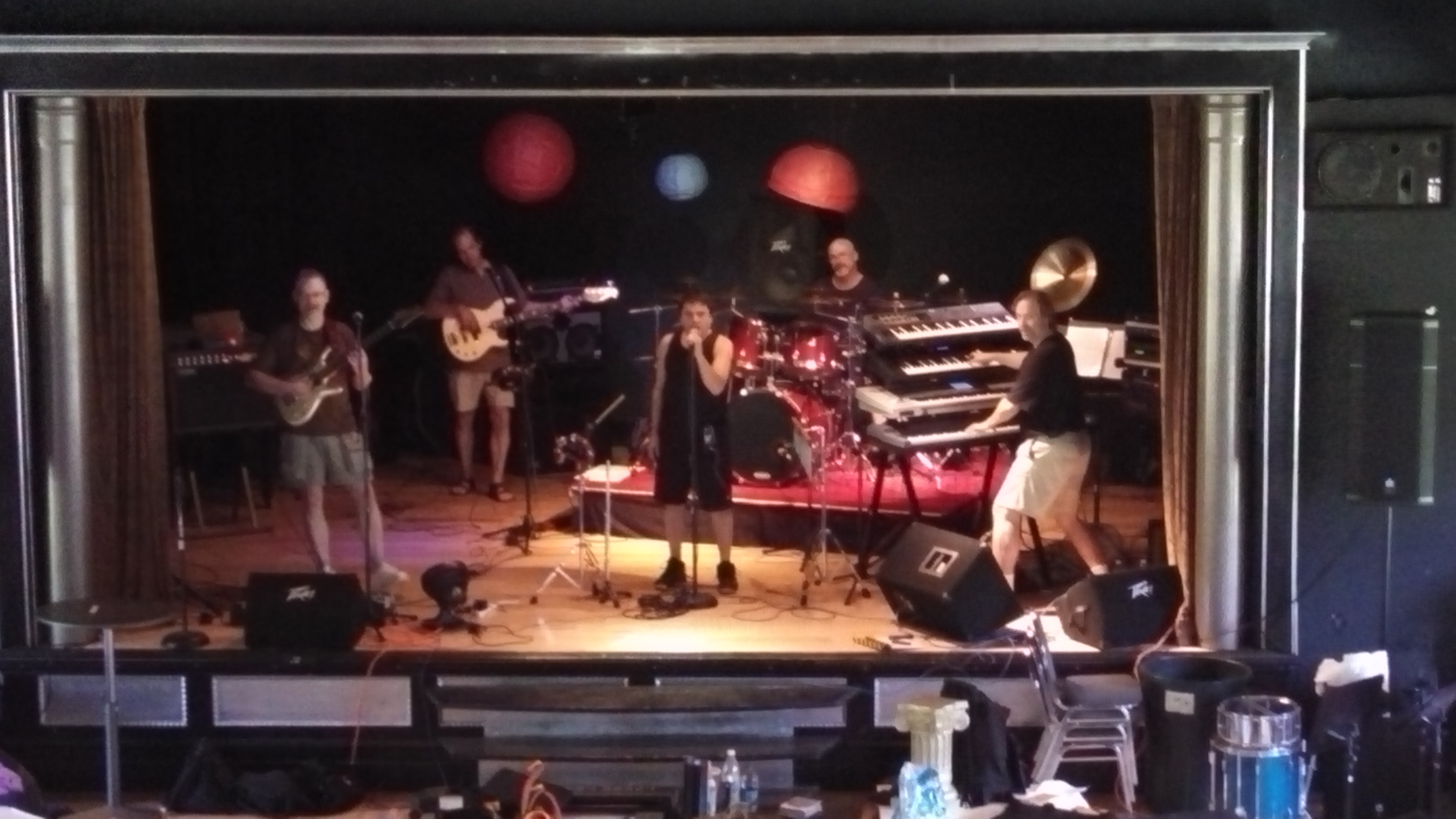